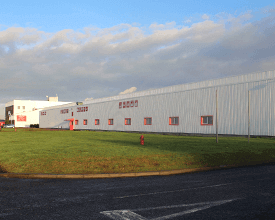 Staff always happy to assist at viewings and to complete your order at collection times.

This John Pye Auctions South Wales Hub facility on the Kenfig Industrial Estate is so substantial it has been christened ‘Auction City’ by John Pye Auctions and is earmarked for full saleroom site capacity development between 2016 and 2019, with 20 salerooms planned for development over this period.

The site was acquired by John Pye Auctions in September 2016 and was subject to major Phase 1 rennovation works before opening for operations with three salerooms and a vehicle auction pound.

The site is being utilised by some of the UK’s and Europe’s biggest Retail PLCs, Central Government Authorities and automotive dealers as a significant gateway to the UK secondary market and is attracting a significant growing customer base from across Wales and the South West of England.